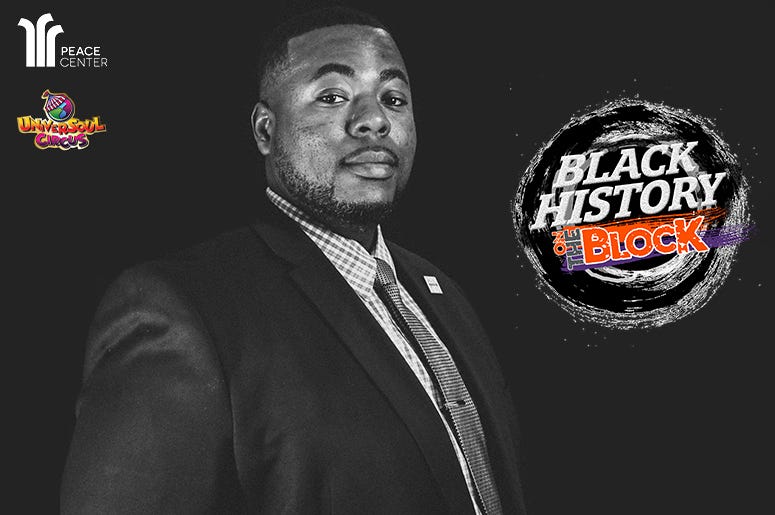 Michael Mance, founder of Mance Multimedia, has been recognized by 96.3 The Block FM Radio as an Upstate South Carolina “Top Influencer”. The recognition is part of the radio station’s celebration of Black History Month. 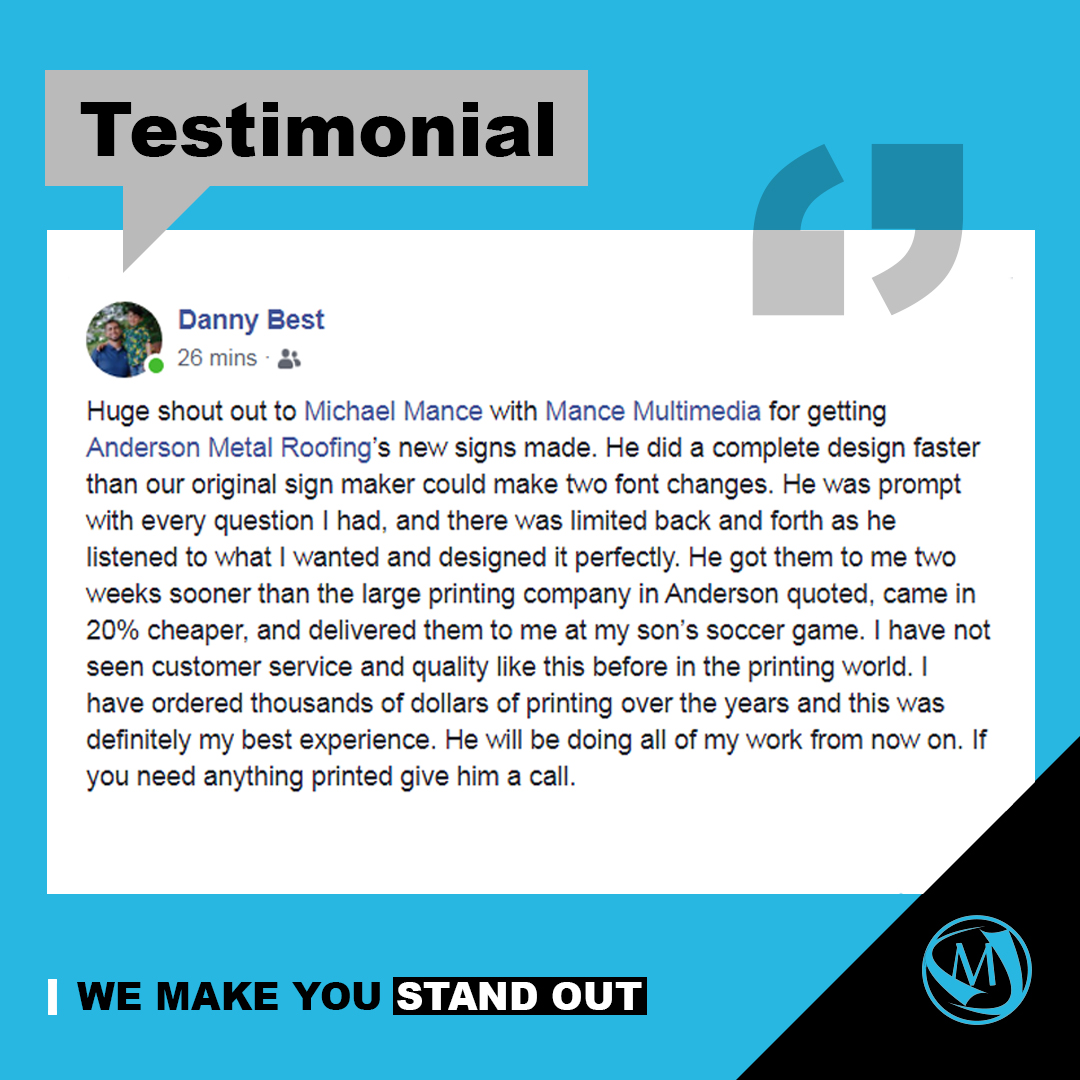 Yard signs don’t stand out, and are hard to read.

Huge shout out to Michael Mance with Mance Multimedia for getting Anderson Metal Roofing new signs made. He did a complete design faster than our original sign maker could make two font changes. He was prompt with every question I had, and there was limited back and forth as he listened to what I wanted and designed it perfectly. He got them to me two weeks sooner than the large printing company in Anderson quoted, came in 20% cheaper, and delivered them to me at my son’s soccer game. I have not seen customer service and quality like this before in the printing world. I have ordered thousands of dollars of printing over the years and this was definitely my best experience. He will be doing all of my work from now on. If you need anything printed give him a call. 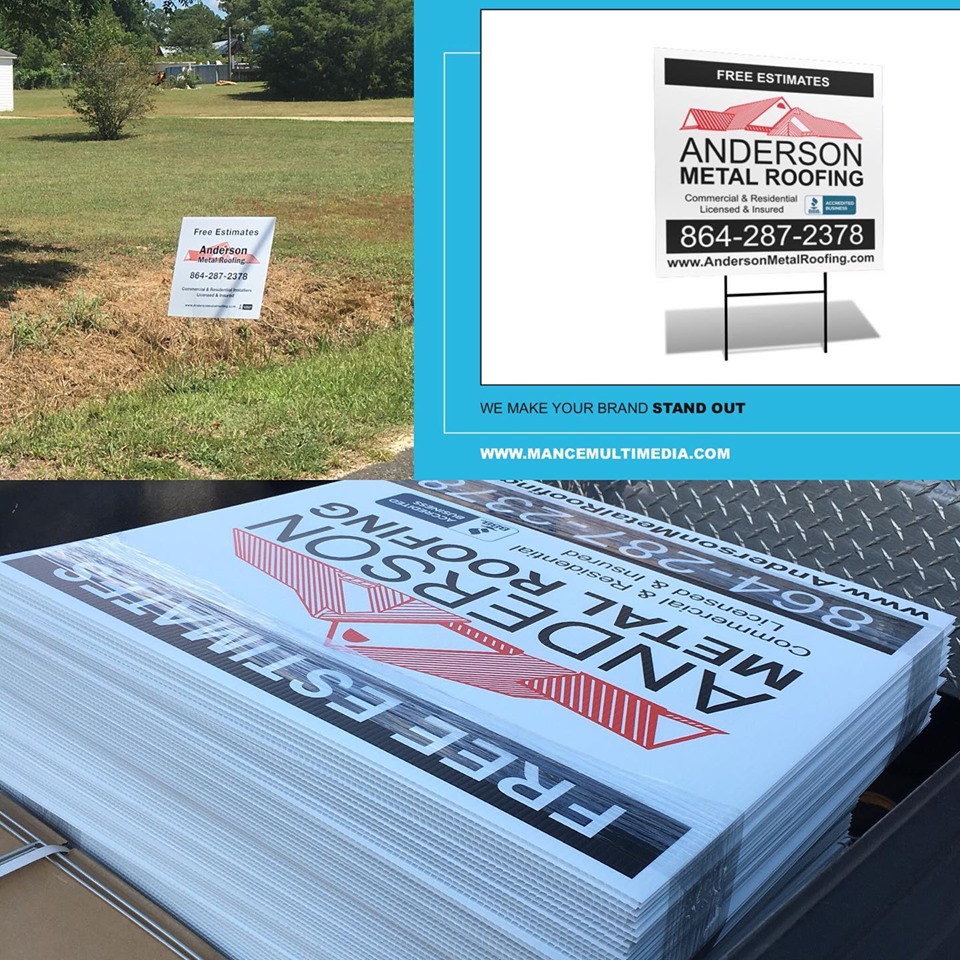 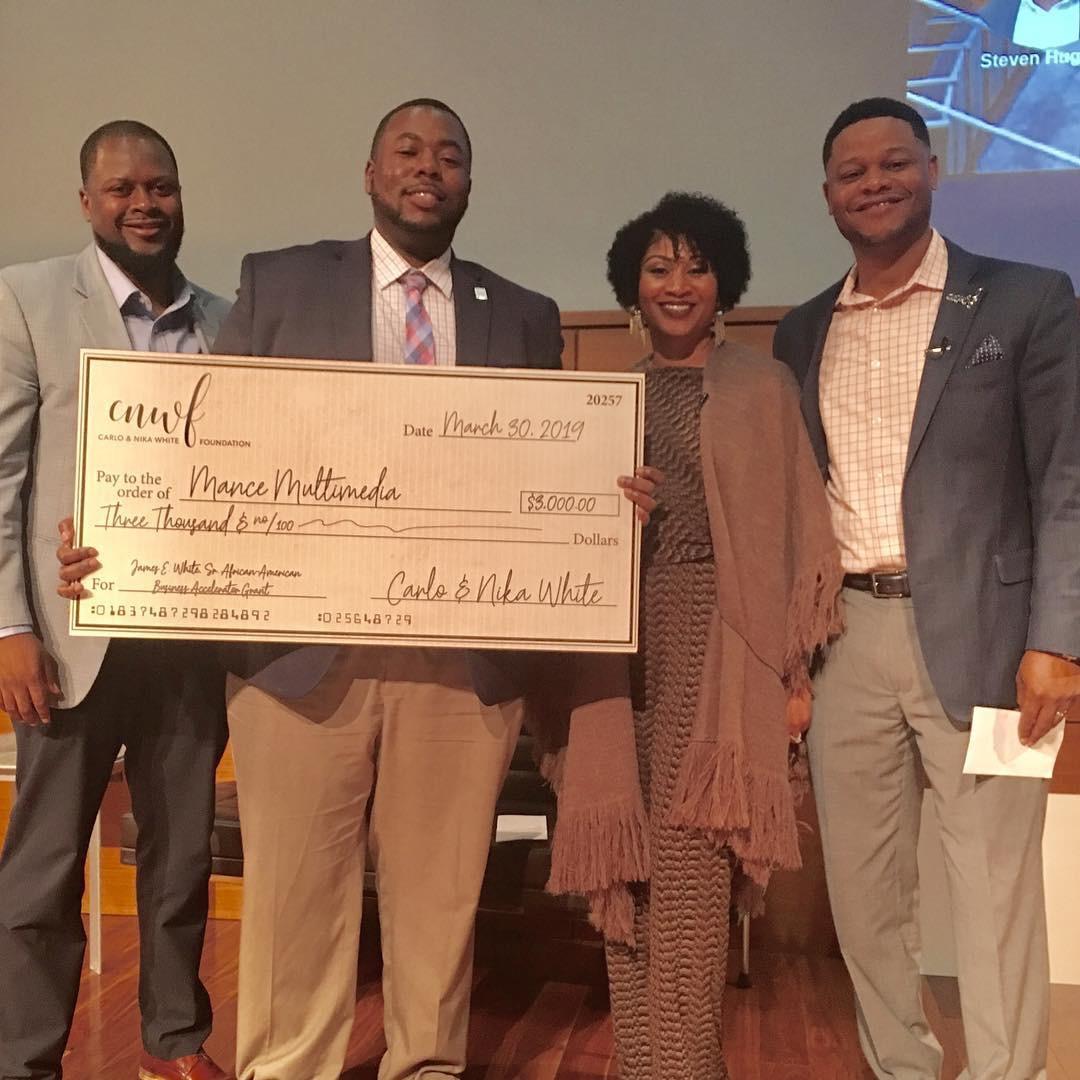 Michael Mance, founder of Mance Multimedia, recently won a business grant from the Carlo & Nika White Foundation. The $3,000 check was presented along with Jevertus Burton at the inaugural Black Wealth Summit in Greenville, SC. 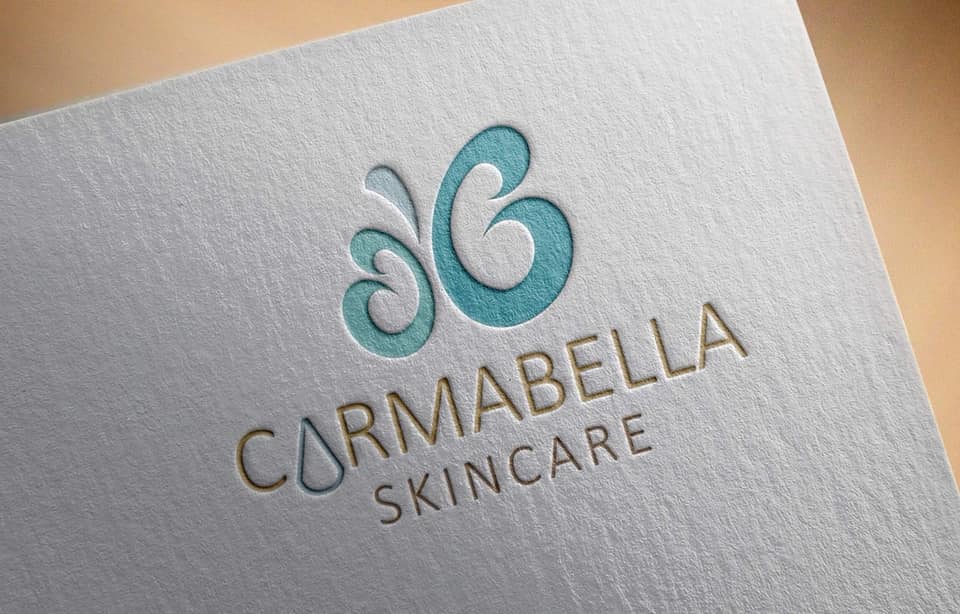 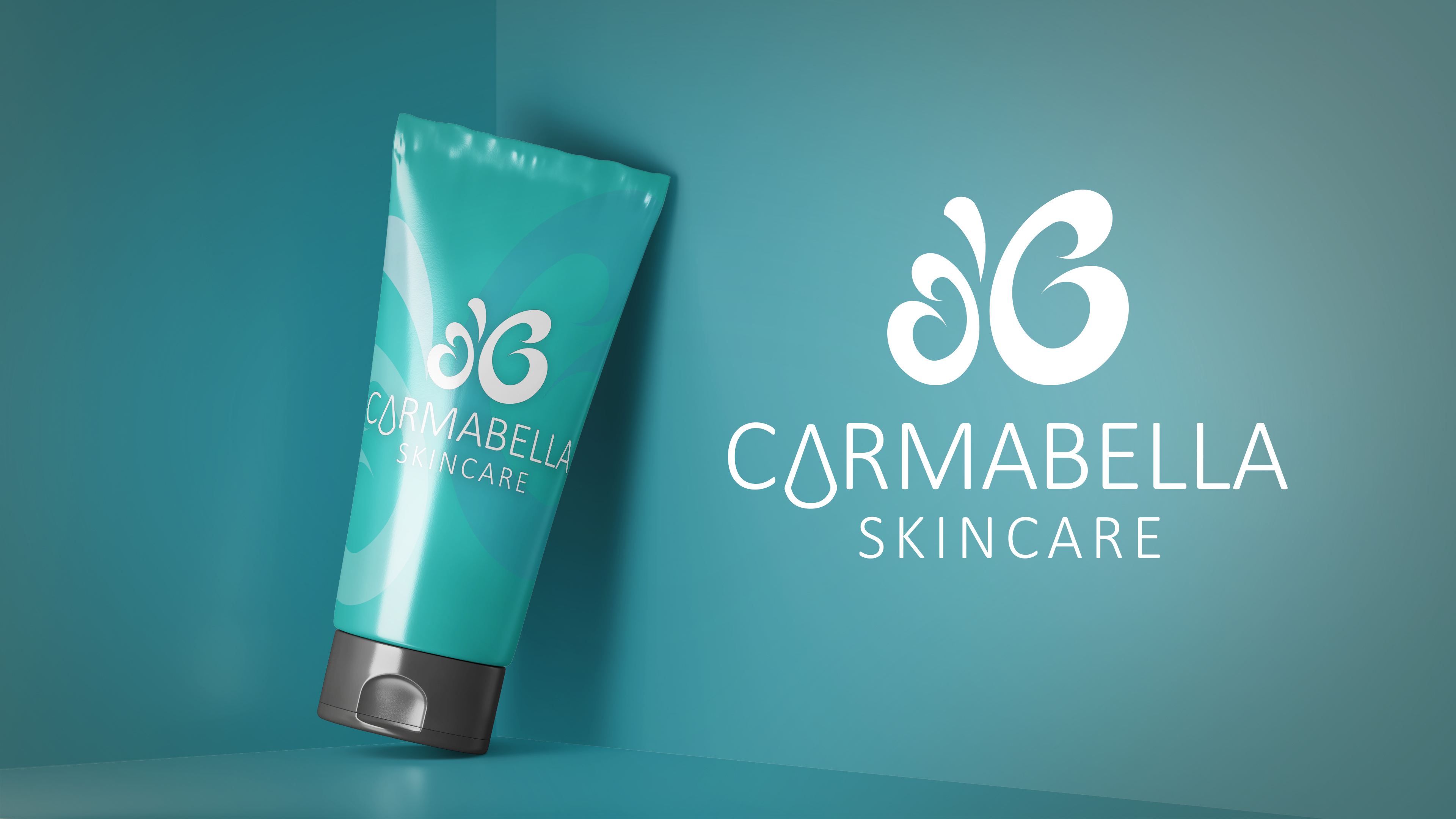 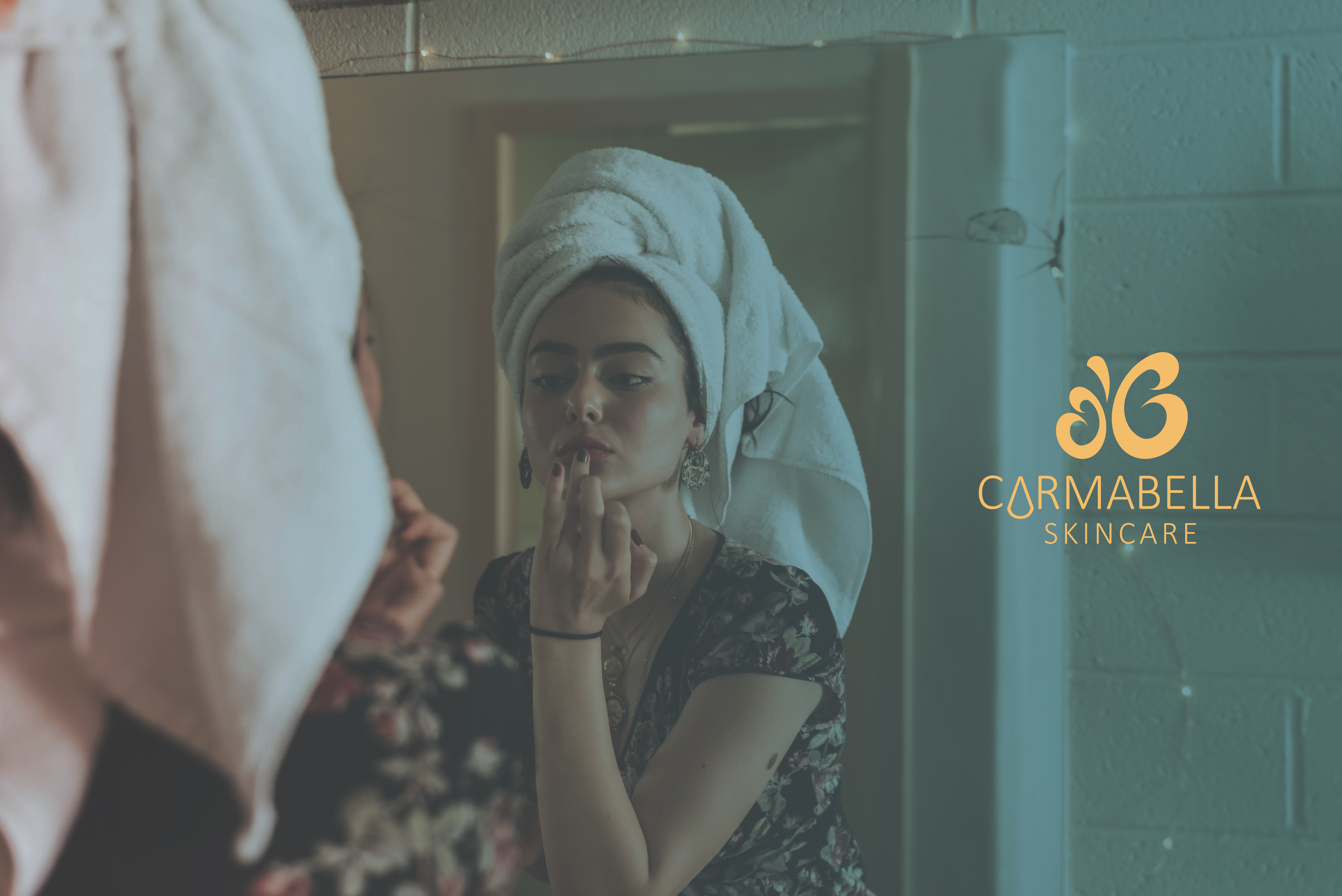 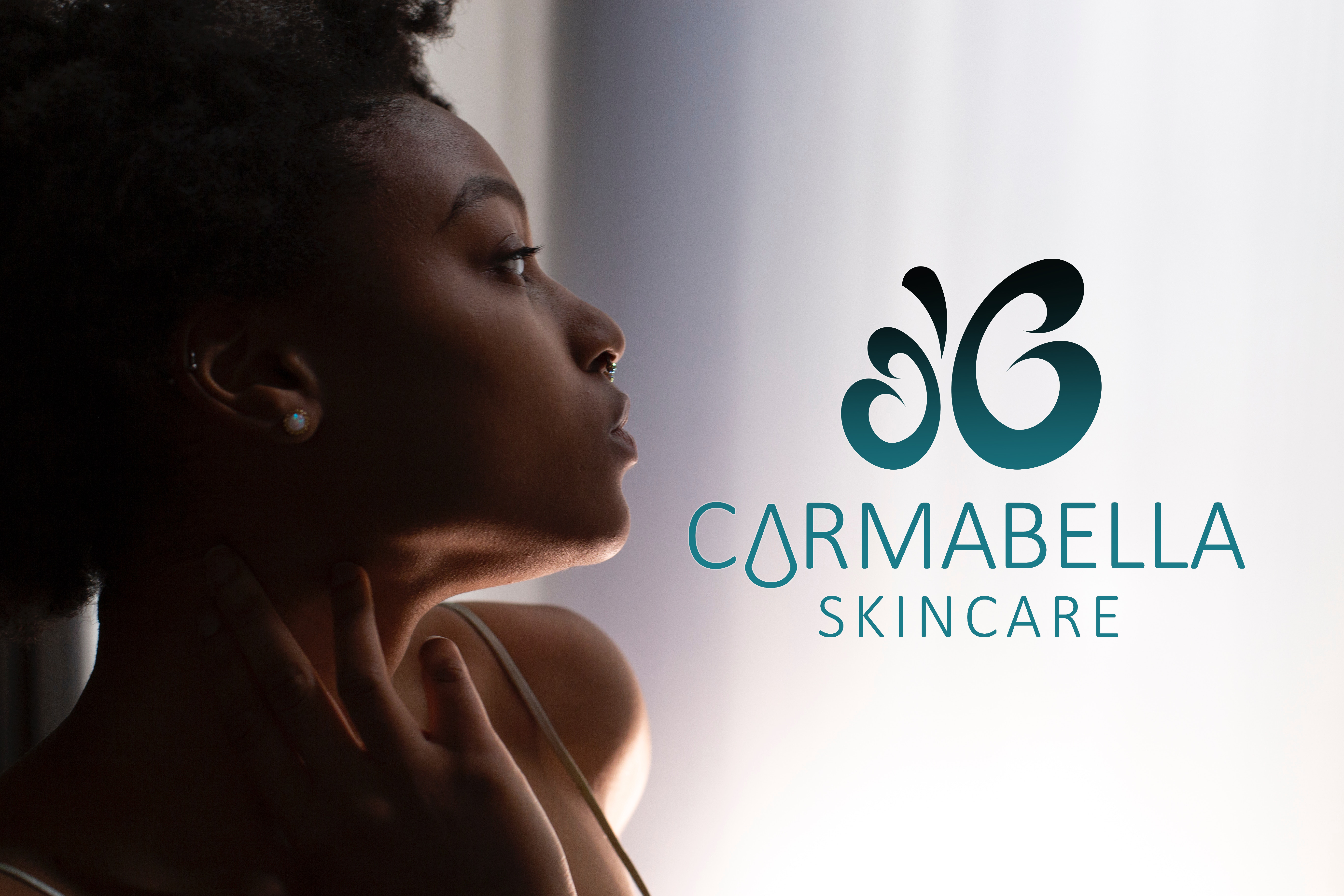 How to Embrace “Dislike” to Engage Your Audience 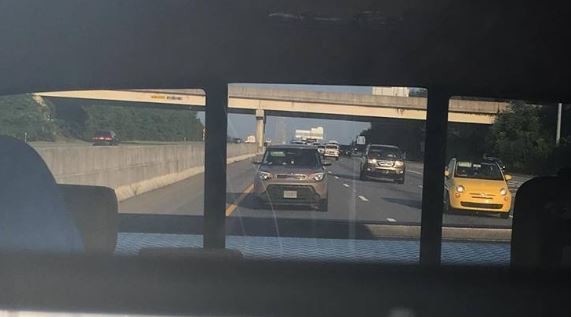 Most of us have encountered our share of reckless drivers on the highway.

For me, one particular vehicle caused me grief – The Kia Soul. Like most people, I decided to express my frustration to Facebook.

After receiving reactions, I made the decision to follow-up that post with a series of related posts.

My goal was to see how many people I could make laugh by genuinely expressing my frustration. I even coined the hashtag #KiaSoulLESSDriver.

The next month proved to be interesting…

After analyzing the numbers – because there’s no point in having a campaign if you’re too scared to measure the results – I achieved my goal of increasing the number of laugh reactions and decreasing then number of other reactions.

Out of 15 total posts, I received a total engagement of 550 – which is 24 percent of my total Facebook connections. More importantly, 59 percent of those engagements were the Facebook laughing reaction – which was my S.M.A.R.T. goal.

Takeaway: Take advantage of discovery moments in order to find out what the person you’re trying to connect with dislikes – or even hates. Then use that to build a meaningful connection with them.

How To Use Dislike To Connect With People:

The best way to network with someone is to connect with them, and finding a connection is as easy as finding out what you both dislike.

I recently received my certification in Content Marketing, and frequently “keep my pencil sharp” with fun campaigns like the Kia Soul campaign – in order to remain effective in my profession.

3 Things To Understand Before You Hire A Logo & Brand Designer

Remember taking that infamous test where the last question directs you to go back and read the instructions? You realized how much time and energy you wasted after reading that you could simply answer the first question and be dismissed.

What if I told you that most brands waste time and money on logo and marketing collateral?

Don’t get me wrong! Having a strong, aesthetically pleasing logo is absolutely necessary – especially since my business Mance Multimedia specializes in branding design.

However, the problem is that most brands jump to the logo design process without first understanding what their brand identity is. Here’s what you and your brand, personal or professional, should do BEFORE you hire someone to design your aesthetics:

Whether you look at patterns from data collected from your current customers, poll new audiences, or pay an intern to comb through census reports, you need to create a detailed description of what your target audience looks like – and what it doesn’t look like.

The more information, and the more specific that information is, the better.

3. Identify WITH your audience by understanding which archetype fits your brand (Video Below)

There are 12 general archetypes, of which each have distinct characteristics. It’s important to understand how you appear to your target, and how your target wants you to appear to them. For example: Duracel utilizes the “Hero” archetype, which positions itself as “the best.” Those who are drawn to hero brands embrace them because they make they feel like a hero. The IT guy want’s to make sure the presentation goes well, so he buys batteries that last longer than other brands of batteries.

Now, you can start designing your logo and other brand aesthetics.

Branding is about controlling every aspect of how someone connects with you company, so that they will perceive you in the way that you intend for them to. If you want to come off as a strong company, but your logo is perceived as soft or weak, then you have missed the mark.

We would hate for you to get a year into your branding process, and realize you’ve missed the mark. Many businesses are quick to get a logo, and proudly dive right in – hoping that their logo design is so pleasing their business is automatically successful.

They then feel silly, realizing that they answered all of the questions before reading the instructions….

Mance Multimedia has helped develop and design brands with $500K+ budgets, brands with $30M+ revenues, and brands with budgets and funding equaling $0.

Creative Services Must Achieve A Goal 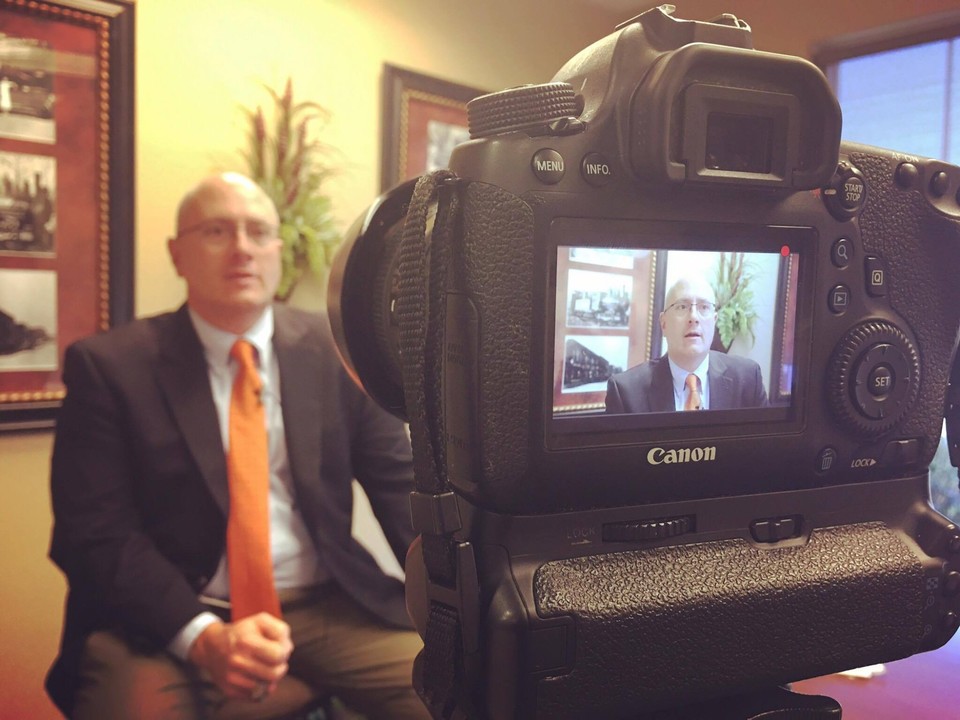 Don’t you hate to waste money on creative services that miss the mark on their purpose?

‘A goal without a plan is just a wish’

Former NFL Legend and Coach Herm Edwards stated, “a goal without a plan is just a wish.”

Many times, talented creatives are so focused on showing what they can do that they miss out on understanding the objective for the client. Often, potential clients elect to have low-quality work that accomplishes a goal.

This is why it’s important for both parties to come together, and strengthen their communication skills. The creatives must understand what the purpose of the project is, and the client must effectively communicate that goal.

Mance Multimedia had the honor of producing a video for the Greater Easley Chamber of Commerce. We had less than a week to prepare, so our focus was communication. The video would be played in front of hundreds of business men and women at the Chamber’s annual meeting.

If you want to take a look at a short version of the project, you can view here. Otherwise, keep reading below:

Cindy Hopkins, President & CEO of the Greater Easley Chamber of Commerce, stated that “The video is awesome! I felt so proud of our Chamber and the work we are doing. That told me that the video did exactly what we intended it to! You have such a great talent…thanks for sharing that with us! I can’t thank you enough for helping me with this project, and I’m very grateful that it has allowed our paths to cross again. I certainly hope we’ll continue to work together!” 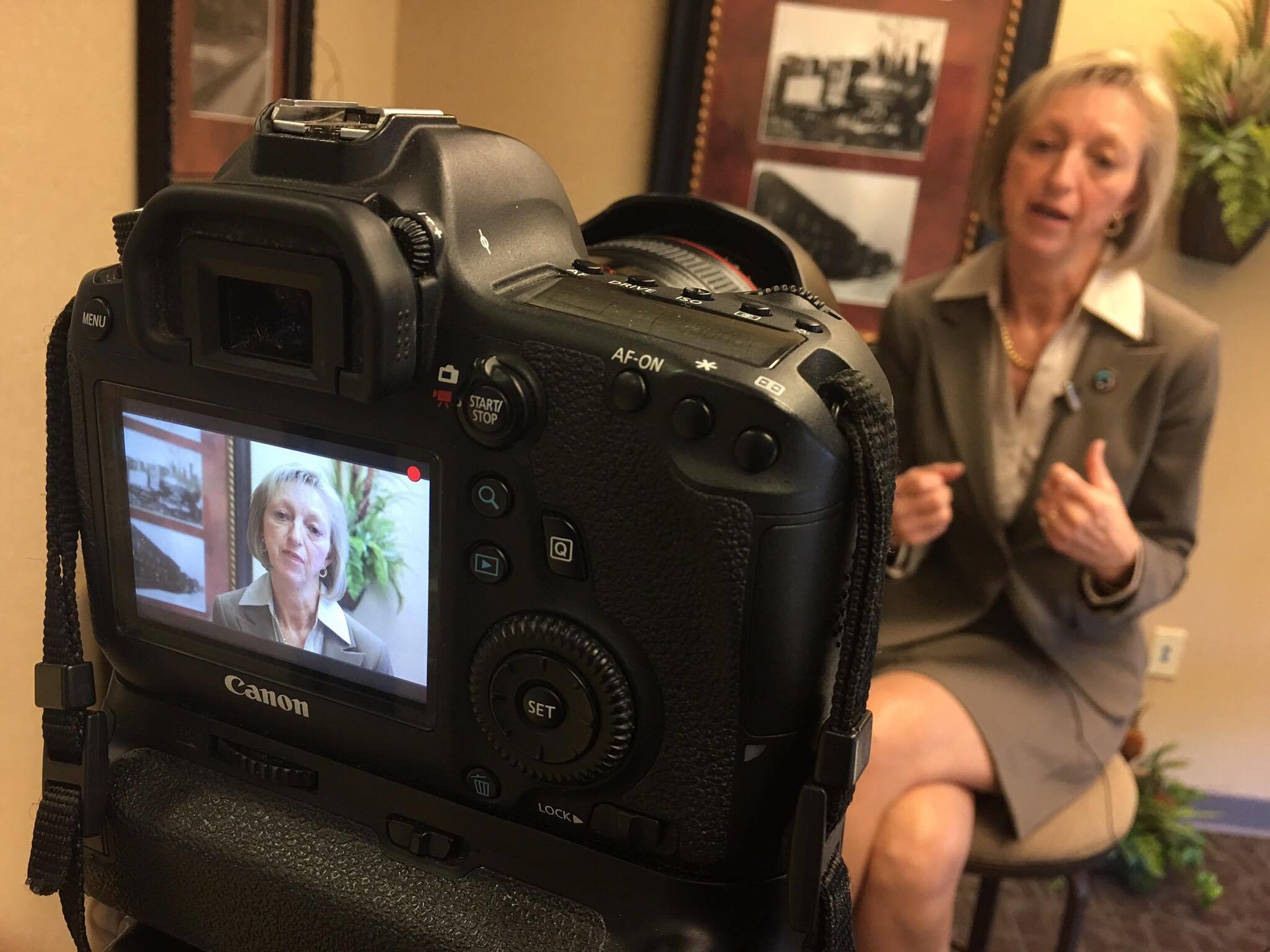 I’ve always been taught to let your works speak for you! The feeling that came over me when I read these words was incomparable!

However, it made me realize how much hard work it took to achieve that feeling. If I can offer any wisdom to other creatives, or illustrate why clients continue to do business with Mance Mutlimedia, it is communication.

A service provider can not give you their best if you don’t communicate what it is “exactly” that you want or need, and a creative can’t provide that if they aren’t asking the proper questions to find out what that is.

This client’s positive reaction inspired me to write this article! Proper communication achieves goals, and ultimately client satisfaction! If what’s in the client’s head is different than what is produced, then we have missed the mark! 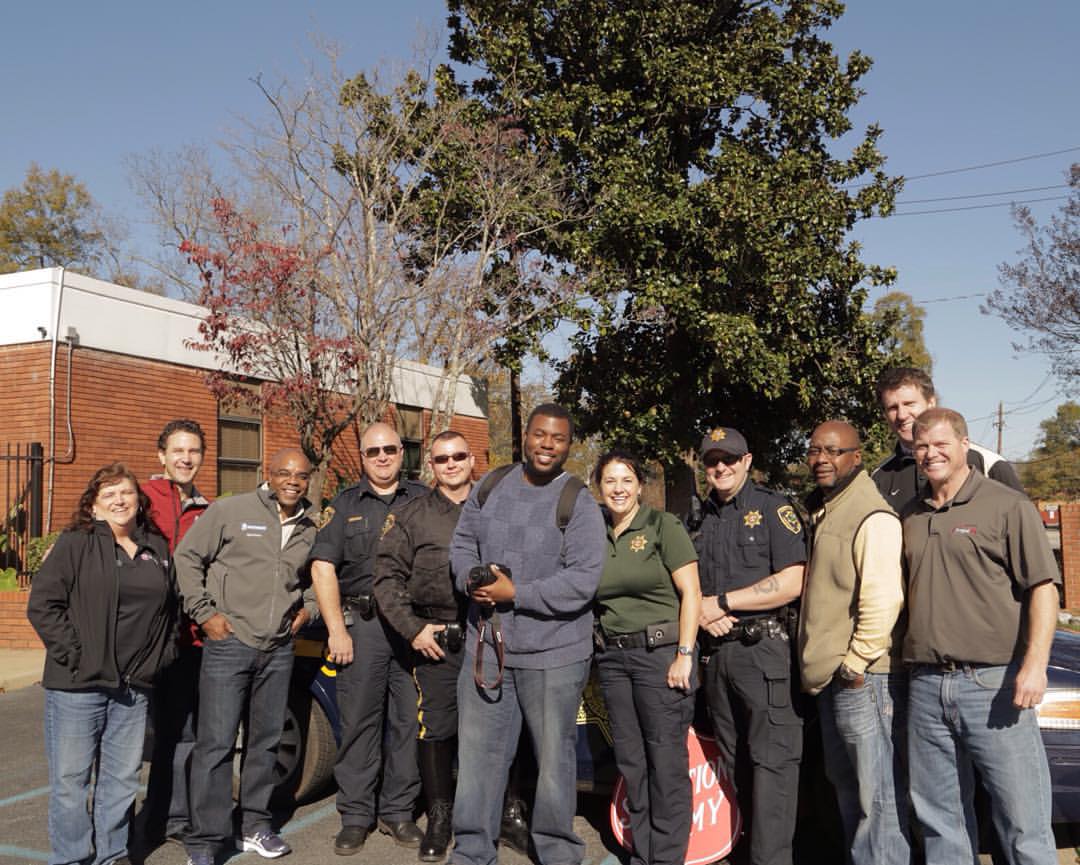 Every individual, every business, and everything has a story – even if you’re not the one telling it.

If you have a bad reputation, and vice-versa, your story precedes you. It’s important that everyone, whether personal or professional, tell their own story. If you don’t, someone else will.

In an age dominated by social media, we now have a more direct way to reach the masses – in particular our target audience. This was the case when producing this video for the Greenville County Sheriff’s Office in Greenville, SC, in partnership with the Riley Institute.

As national tension and turmoil amongs the public and those swore to protect them rose, this law enforcement department wanted to shine a light on the positive programs and project their organization were doing to help the community.

Telling their story through video, and communicating through social media, helped the public see that not all cops are bad.

While the nation was constantly telling an overall negative story about law enforcement, they chose to tell their own story.

The video received 5,630 total views on Facebook, with 15 shares. The total reach for the campaign was 17,700 people.